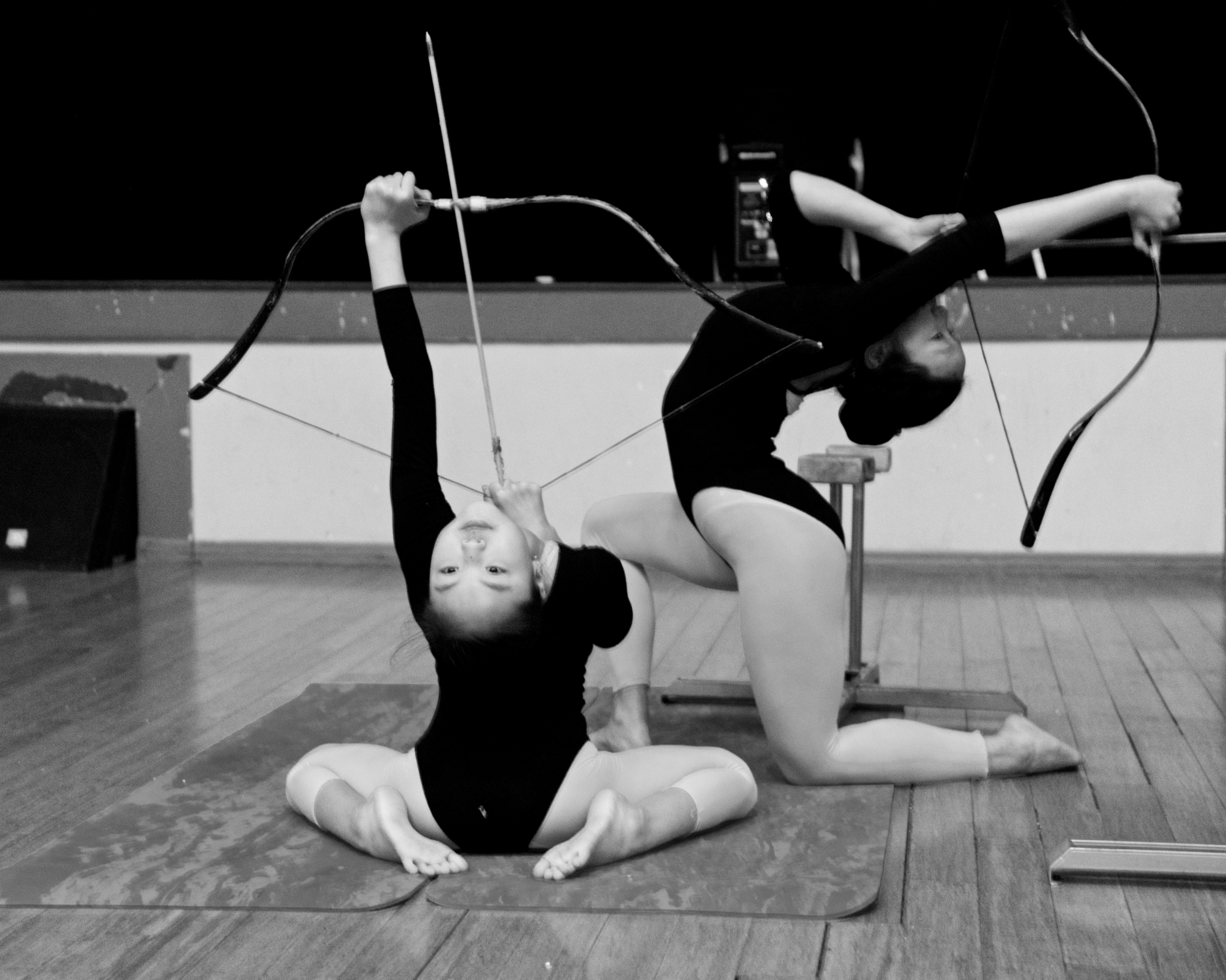 Here, some pictures from a short documentary  : spontaneous, unexpected and true to life.

During our recent flight Istanbul/UB, we met Mister Orgibold BATBOLD and his wife who both spoke french to us. He is the Director of the Contemporary Circus of Mongolia. He speaks to us about his tours around the world, of his famous contortionist mother who is still working, and of his school in U/B. He invites us to watch the young people in a rehearsal when we are in U/B, another team being still on a worldwide tour.

We often think that to perform a perfect show a lot of hours of work are necessary. But we do not think that it goes on for years.

It often begins from the age of three. To perform at their peak, professionals train six hours per day, six days a week, when they are not touring.

While waiting to see them on one of the biggest circus stages, here are some photos of their daily work which they rehearse a thousand times.

The Mongolian Circus will be at the Cirque Phenix in Paris from the 23 November 2019 and will be touring in France afterwards. Information : Cirque Phenix