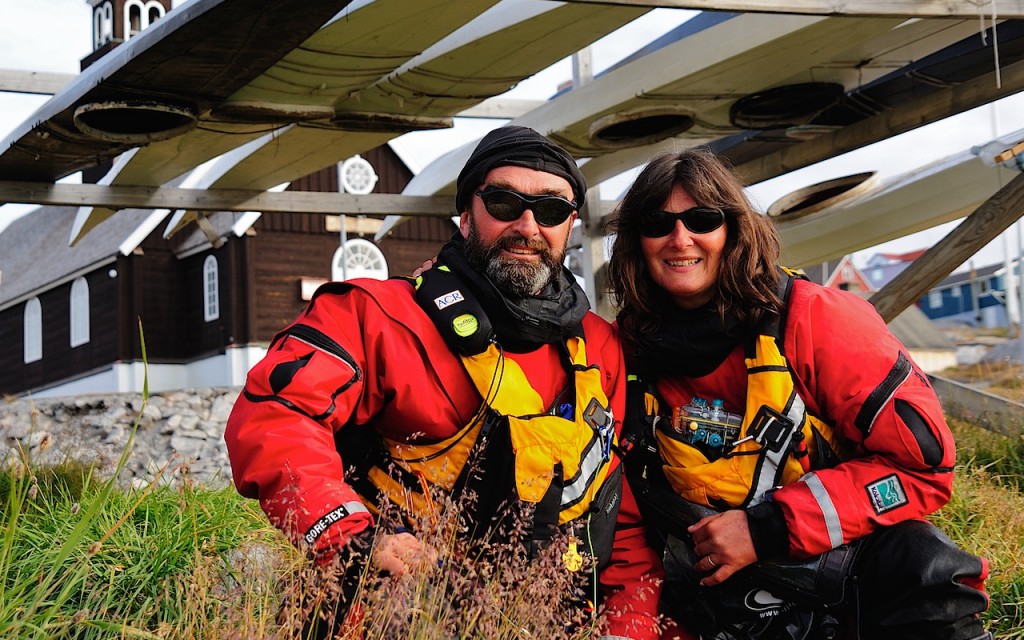 For many years now they have shared a multitude of adventures.

The first was of course when they met, and their passion for nature and photography. This couple of professional photographers from Monaco soon began working on long-distance projects searching for images and human experience.

Their passion for extensive reporting together began in the lands of southern Africa, which they travelled by hang-glider, paraglider and kayak. They covered over 70,000 km from 1987 to 1993, taking their different modes of transport as luggage. At the time they were freelance photographers for specialist magazines, and in Zimbabwe they were the first to fly over the Victoria Falls by hang-glider (1989) then by paraglider. This confirmed their passion for wide open spaces where the low population density brings people together.

For twenty years they pursued their passions and their business as photographers in the Principality of Monaco (Photo Team).

Together they started to learn the art of sea kayak touring in 1995.

Although their first navigations were along the shores of Corsica, it was in the seas of Scotland, Norway, Iceland and Spitsbergen that they really learnt how to master solo navigation in cold waters.

In the spring of 2006, when dog sledding on a section of the Yukon Quest Race in north-western Canada, they involuntarily learnt to deal with extreme temperatures, bivouacking for 10 days in tents at a temperature of -43°C…

Alerted by the imminent upheavals linked to the effects of industrialisation and climate change, and before the situation could irreversibly transform one of the last wild sanctuaries on the planet, in 2009 they set off on a project to immortalise the communities of Greenland in pictures.

Six years later, after covering 5,500 km by kayak, with four years in total spent on the spot and three winters, they were adopted by a Greenlandic family. From all this they have brought back an authentic account of the experience, thousands of photos and a first film: ‘L’Âme de la banquise’ (The Soul of the Ice Field) a 52-minute documentary about their time spent with polar bear hunters.

You can never emerge unscathed from such immersive experiences, which are defined by solidarity and sharing.

This also led them to question the individual isolation of each of us in our societies, where human values and quality of life are mostly neglected in favour of materialism and rampant consumption.

Their next works will definitely bring human beings to the fore.